As a developer, you’ll have likely heard about Docker Compose and Kubernetes–two of the most popular container orchestration tools on the market. If you’re just getting started with these technologies, it can be hard to know which one to choose.

In this article, you’ll learn about Docker Compose and Kubernetes, and compare them based on their features and use cases. By the end, you’ll have a better understanding of which tool is right for you.

The History of Docker Compose and Kubernetes

Docker Compose and Kubernetes are both popular tools used for managing applications in a containerized environment. They’ve continued to gain popularity due to the need for container orchestration technologies to manage multi-container applications. 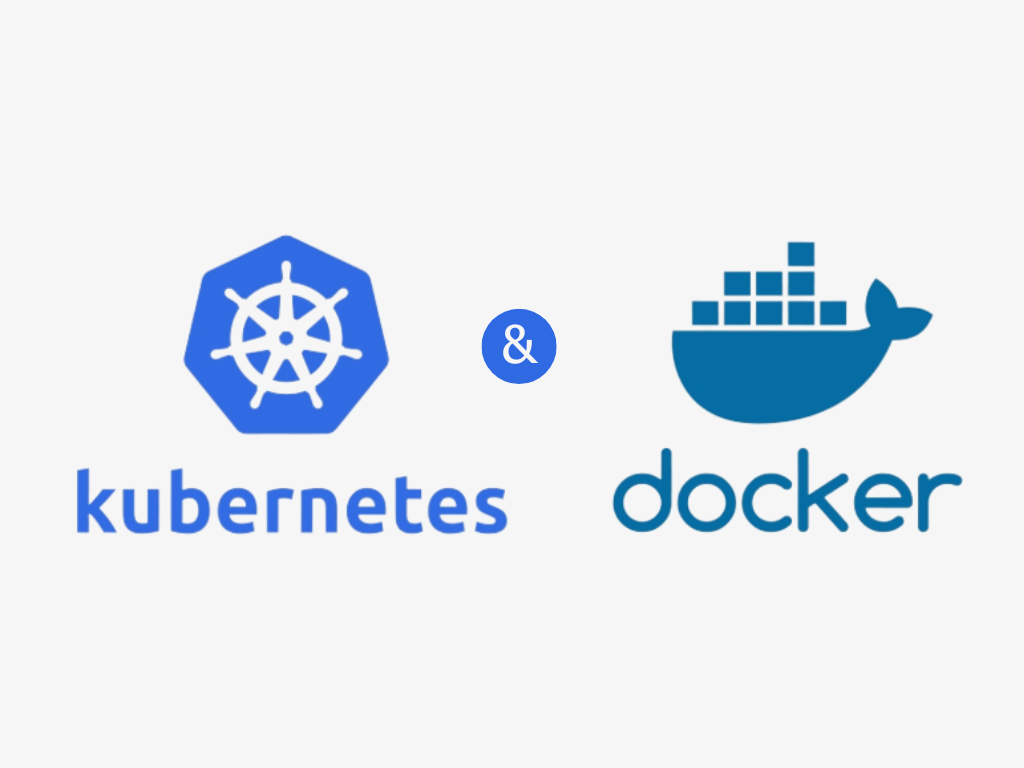 Docker and Docker Compose: An Overview

Before diving into the history of Docker Compose, it’ll help to learn about Docker, which is an open source container technology that lets developers package an application with all its dependencies into a standardized unit of software.

Docker was released by Solomon Hykes as dotCloud, a platform-as-a-service (PaaS) company, in March 2013. The software was developed to simplify the process of creating, deploying, and running applications using containers. dotCloud quickly gained popularity due to its ease of use and ability to handle multi-container applications and later rebranded itself as Docker Inc.

Docker Compose was released in 2013 as a part of the Docker toolset. It was developed to simplify the process of working with multi-container applications.

In the past, you had to write long scripts or commands to manage containers. With Docker Compose, you can run multiple containers at the same time and get those containers to communicate with each other via a single YAML file. The YAML file defines the services and configurations required to run your application.

Using Docker Compose, you can implement a single command to start and stop all the services in your application. It’s ideal for development, testing, and staging environments.

Kubernetes (K8s) was developed by Google and was first released as an open source project in 2015. It’s now maintained by the Cloud Native Computing Foundation (CNCF).

Prior to 2015, Google had been using containers to manage its workloads before deciding to open source the Kubernetes system so that others could benefit from its container management capabilities.

Since its release, Kubernetes has become the industry standard for container orchestration and is used by companies of all sizes. Kubernetes has also been adopted by many cloud providers, including Amazon, Microsoft, and Google.

The Kubernetes architecture is made up of several components, including the control plane, nodes, and pods. The control plane is responsible for managing the state of the cluster, while nodes are the individual machines that run the applications. Pods are the smallest units of deployment in Kubernetes and are used to group related containers.

Features of Docker Compose and Kubernetes Both Docker Compose, and Kubernetes have unique features that distinguish them from each other. One key difference is that Docker Compose defines multi-container Docker applications and deploys them to a single server. Kubernetes, on the other hand, is a production-grade container orchestrator, and can run other container runtimes, including Docker’s, over several machines, virtual or real.

Quickly Set Up a Development Environment

Docker Compose can help you quickly set up a development environment for a Docker-based project. To do so, you just have to describe the services you will need in your application, the images they will use, the ports to be exposed, and the environment configurations in a compose file. This file can then be used to launch the development environment with a single command: docker compose up.

You can define your app’s development environment with a dockerfile so it can be reproduced. Once the dockerfile is set up, the docker build command can be used to build an image; this command will create an image based on the instructions contained in the dockerfile.

Next, define the services, dependencies, and other configuration options required to run your app in the docker-compose.yml file. Then, run the docker compose up command to start and run all services defined in the docker-compose.yml file. Another reason why Docker Compose is useful for development environments is that it allows you to easily create local environments that are identical to your production environment. Using these, you can test your apps and reduce instances of errors and unexpected behavior in production. Docker Compose can also be used in continuous integration and continuous delivery pipelines.

Microservice applications are usually composed of many independent containers. You can use the docker run command to start individual Docker containers. But what if you want to run multiple containers at the same time? And what if those containers need to communicate with each other? This is where Docker Compose, a lightweight tool, shines because it allows you to link multiple containers together in a single file.

In addition, all containers defined in a compose file are assigned to the same internal network for internal communication. This secures them from unauthorized external access. It also facilitates easier management of multi-container application networks.

Testing multi-container applications without a container orchestrator or manager can be complicated. You need to start each container one by one, ensure their network configurations are correct, and run any other scripts or commands that you need to get them ready. Only then can you run your test scripts.

Here’s an overview of the key features of Kubernetes.

Kubernetes is the preferred tool for large-scale clusters. An application can be automatically scaled by defining the number of replicas required for the application and evaluating the workload via metrics such as CPU, memory usage, memory limit, and network I/O for Kubernetes. The cluster automatically scales up in the event of an overworked pod by adding more replicas, and it scales down in the event of a reduced workload.

This ensures high availability. You can automate the scaling process using the HorizontalPodAutoscaler (HPA). Docker Compose does not support autoscaling; so you can consider using Kubernetes to leverage the benefit of automatically scaling clusters.

In terms of managing production workloads, Kubernetes is extremely reliable. It provides several features that help keep an application running smoothly. These include its self-healing capabilities, its ability to automatically scale up or down based on load, and its ability to roll out updates safely and efficiently.

Kubernetes offers more flexibility in comparison to Docker Compose. It can support a wide range of container technologies such as Containerd, Podman, and Buildah, unlike Docker Compose, which only supports Docker containers.

Because Kubernetes has built-in self-healing capability, it can automatically restart failed clusters and detect and replace unhealthy nodes. If a part of the cluster goes down unexpectedly, such as a node or an entire zone, other nodes will detect the outage and will react accordingly by starting additional pods on different nodes to make sure all services are running as needed. This ensures high availability for your applications by reducing downtime and increasing uptime.

One of the reasons for Kubernetes popularity is its ability to support multicloud and hybrid cloud environments. You can use Kubernetes to manage containers across multiple cloud providers or even across a mix of on-premise and cloud-based infrastructure.

Kubernetes’s multicloud and hybrid cloud support makes it a versatile solution for businesses of all sizes.

Use Cases of Docker Compose 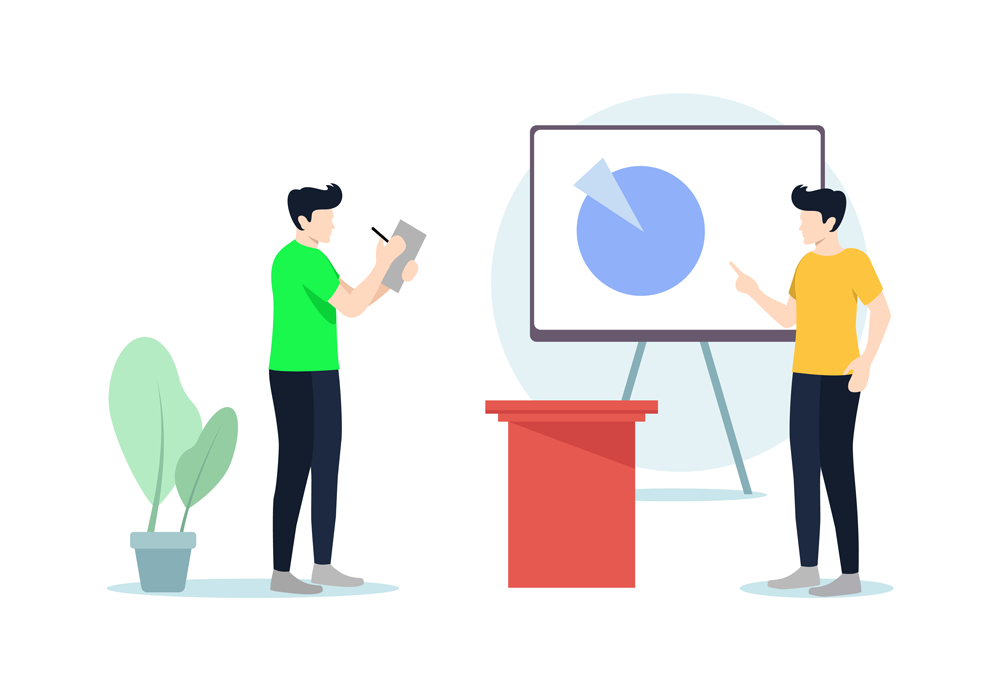 Docker Compose is great for development, testing, and staging environments, as well as CI/CD pipelines. It can also be used to easily run automated tests.

Although it can be used for production environments, it has limitations, such as not being able to automatically restart or replace failed containers until you manually restart the containers. In these scenarios, Kubernetes is preferred.

Use Cases of Kubernetes

Kubernetes is a better option for large production-grade deployments because of its ability to manage and deploy large numbers of containers on multiple hosts, with better reliability and fault tolerance. As a robust container orchestration platform, Kubernetes is especially useful for businesses that run a lot of microservices or need to scale their applications quickly, like Spotify, Pinterest, and Airbnb.

Kubernetes also has great support for monitoring, logging, and dashboarding activities, which is useful for most businesses in tracking the performance of their applications. In summary, Kubernetes is primarily utilized in production environments and on a larger scale, whereas Docker Compose is better suited for local development and testing scenarios.

In this article, you learned how Docker Compose and Kubernetes help orchestrate and manage containerized applications and the key differences between the two.

While Docker Compose is great for creating and managing multi-container Docker applications on a single host, Kubernetes is perfect for large-scale deployments that require high availability and scalability.

An English major and technical writer passionate about making technology more accessible and easy to understand through writing.

You may also enjoy
Can We Build Better?
4 minute read

Have you ever had a test fail in the build but not locally? I have. Have you ever then burnt half a day pushing small changes and waiting for your build to ...

How much have you spent on Amazon?