matplotlib is an excellent library for creating graphs and visualizations in Python. For example, I used it to generate the performance graphs in my merging article, and internally, we use it now and again for visualizing any metrics we produce. It is a bit hard to install inside a docker container, though.

On Alpine, or an Alpine-based docker image, it’s possible to install matplotlib; however it will involve compiling it from source as pip does not provide any pre-compiled binaries – this will take quite a bit of time. If you don’t mind compiling from source, you will need to have its dependencies in place to make this work:

On Ubuntu, or a Ubuntu-based docker image, the process is much simpler:

In either case, after you’ve installed it, you can quickly generate great graphs and visualizations: 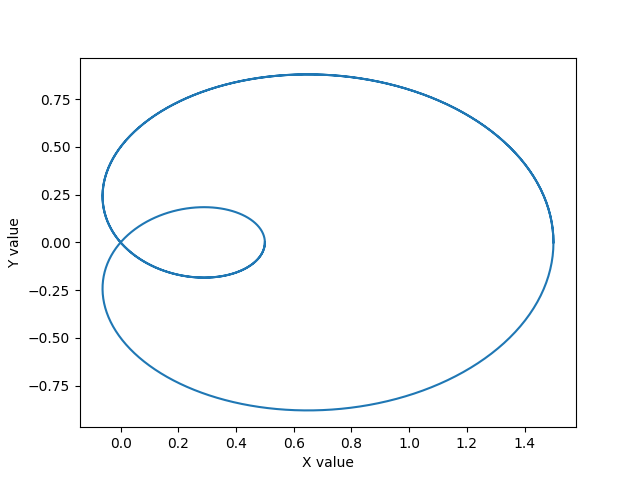 Why is the Ubuntu process fast and simple and the Alpine process slow? The reason is glibc. The pip wheels for matplotlib are compiled c/c++ programs that dynamically link to glibc and Alpine does not have glibc.

Alpine tries to stay small and so uses musl-libc instead. Unfortunately, this means compiling from source on Alpine, which can be a lengthy process.

Pip looks first for a wheel with the correct binaries, if it can’t find one, it tries to compile the binaries from the c/c++ source and links them against musl. In many cases, this won’t even work unless you have the python headers from python3-dev or build tools like make.

Now the silver lining, as others have mentioned, there are apk packages with the proper binaries provided by the community, using these will save you the (sometimes lengthy) process of building the binaries.

From Click Ops To GitOps Previously I built a REST API, deployed it into a container and got it all running on AWS as a Lambda. But setting this up involv...

Building in Visual Studio Code with a Makefile
5 minute read

Microsoft announced recently a new Visual Studio Code extension to handle Makefiles. This extension provides a set of commands to the editor that will fac...