Kubernetes is a container orchestration system. This means that it manages the lifecycle of containers and allows you to deploy applications in a scalable way, with high availability and fault tolerance. Kubernetes is also a cluster manager, which means that it can manage multiple hosts or VMs on your behalf so you don’t have to worry about them (or their resources) going down.

The installation instructions for the above tools are given in the Official Kubernetes Documentation and for MiniKube you can check out its documentation.

The Problem With Pods 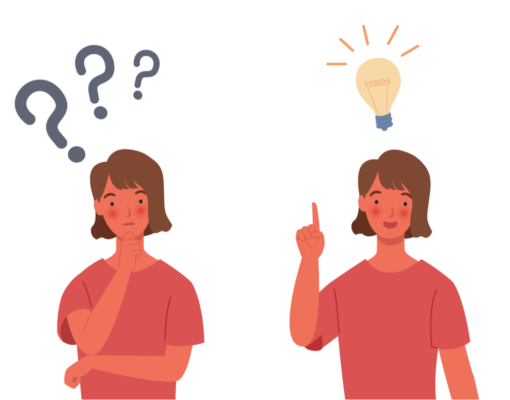 The smallest unit in Kubernetes is a pod, which wraps a container. Each Pod operates independently as a logical device. You can use the kubectl run <name> <image> command to create a Pod in our MiniKube single-node cluster, however, executing a Pod in this manner is not regarded as best practice. Instead, we’ll use a YAML file to create a Pod in this lesson. All of the Pod’s specifications are defined in one YAML file. Create a pod.yml file and add the following:

You can see that you are declaring a Pod with the name server-pod in the YAML file mentioned above. The image, which is nginx, is defined by the Pod’s specifications (or spec). Type the following command in your terminal to launch the above file. The ports field specifies how you will communicate with the container; they are internal to the container.

The above command creates any resource that is defined in the file pod.yml, in this case the resource is a Pod. Your Pod is up and running, you can see the status of the Pod using the following command.

The above command will produce an output like below. Note that STATUS is ContainerCreating. It will show Running once it finishes pulling the container image.

The pod you just created is not fault tolerant or scalable; if it goes down, it stays down because there is no mechanism in place to cause it to spin back up. ReplicaSets can help because pods produced using the methods above are susceptible to crashes and Kubernetes won’t take any action to recover them on its own. To delete the above created pod you can run:

To check if the pod is deleted, you can run kubectl get pods, which will produce the following output.

ReplicaSets are the controllers used to launch, shut down, and schedule Pods. ReplicaSets accomplish this by tracking the number of active pods continuously and comparing it to the replicas key in the YAML file. ReplicaSets instantly produces a new pod if one of the existing pods is deleted or crashes. By adjusting the size of the replicas field, ReplicaSets makes it simple to scale up and down your system. This functionality is fantastic if you have a programme that needs a specific number of Pods operating in order to operate properly.

ReplicaSet creation is similar to Pod creation. Create the file my-replicaset.yml and enter the following configuration to define a replica set.:

Some of the parameters of note are:

After running the above command, you will see a confirmation message. Run the command listed below to verify the Pods’ status right away.

Above command will produce the following output:

You’ll notice that your cluster has three pods, which corresponds to the number of replicas indicated in your YAML file. The command kubectl get rs used to obtain summary information about the ReplicaSet, running this command will produce the following output.

kubectl describe rs -f my-replicaset.ymlis used to offer detailed information about the ReplicaSet. This command will return the following result.

Let’s terminate a Pod in order to witness the magic of ReplicaSets in action. Run the command listed below to terminate one of the Pods.

Note that the above pod name would be different in your cluster. Running the above command will produce the following output.

As soon as you perform the preceding command. To acquire the list of active pods, run kubectl get pods. You will get the below output.

The list still contains three pods, but you will notice that the Pod you deleted is not present. A new pod is created as soon as the previous pod is eliminated. If you create another pod with the same label then ReplicaSets would terminate any pod because its goal is to keep the running number of Pods equal to the number specified in the YAML file.

ReplicaSet requires ongoing communication with the Kubernetes API and Pods in order to function. The specific breakdown of how ReplicaSets accomplish this is shown below.

In this tutorial, you have learned how to create Pods with ReplicaSets. Additionally, you gained knowledge of ReplicaSets’ internal workings. Pods are rarely formed directly in a real-world context. ReplicaSets are employed in the creation of Pods because they give the Pods fault tolerance. It’s crucial to understand ReplicaSets in Kubernetes. Kubernetes also has ReplicationControllers which are not generally used these days but you can still find them in some places. Kubernetes also has a variety of other Controllers like StatefulSet which are useful when working with applications that require persistent storage and DaemonSet to run a copy of the pod in the cluster. These are good to know when building a fault-tolerant and scalable system.

Vivek is a Python/Django developer who spends his time building projects and learning new technologies. He also likes to breakdown complex topics in his blogs to help new developers.

A container is a simple unit that packages all your code and its dependencies so your application can run quickly and reliably from any computing environmen...

We are pleased to announce the release of Earthly v0.6 - our 80th release to date! This version promotes a number of features from Experimental, or Beta sta...