Python is widely used in so many applications, from data science to machine learning, robotics, and artificial intelligence.

On the web, python is mainly used for backend development, using frameworks such as Flask and Django.

Since the World Wide Web Consortium(W3C) announced web assembly specifications as an official web standard, developers of various languages have seemed to support their favorite language on the Web, with Python developers having Pyodide to their rescue.

On the 30th of April 2022, ****Anaconda, a company widely known for its data science products in Python and R programming languages, announced that it had just released a framework that would help users create python applications using HTML.

This publication will help you get started writing PyScript, a JSFiddle-like Python framework.

To follow this tutorial, you’ll need to meet these requirements. 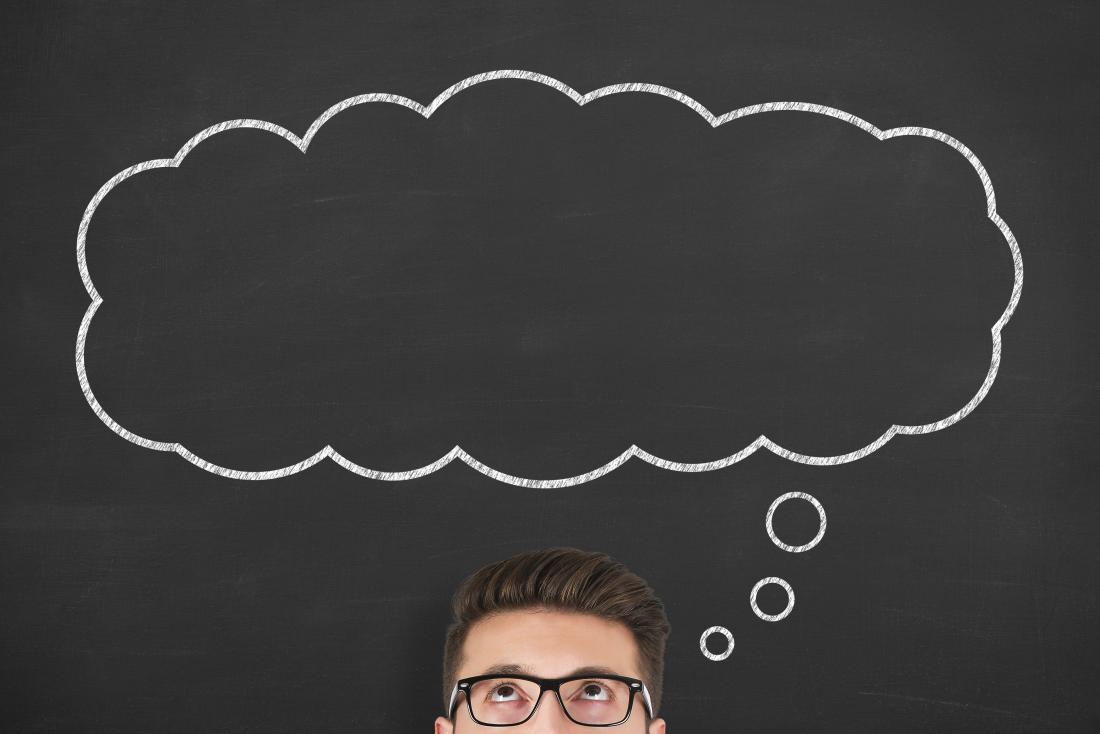 PyScript delivers Python developers uniform style conventions, expressiveness, and ease of use for building web applications by providing support for the following:

Underneath the scenes, PyScript runs as WASM and isn’t designed to replace Javascript in the browser but to give Python developers, especially data scientists, more power and flexibility.

Getting Started With PyScript

PyScript is easy to use and very intuitive. To get started, you can download the required files or use them by following the instructions on the website.

In this tutorial, you will be learning how to use PyScript via the website(linking the components to your HTML file); however, if you want to use PyScript in production, you should host it yourself for speed.

Create a HTML file and fill the code as you normally would, to display text in your browser.

Step2: Add These Lines to Your Html

Since you are using PyScript from the pyscript website, all you have to do is include these lines in your HTML before the closing head tag.

You can now use the CSS and Javascript files from the PyScript repository in your page.

PyScript allows you to run Python code in HTML using the <py-script> tag in the body of your HTML. Just like most HTML Tags, all PyScript tags have opening and closing tags <py-script> <py-script>.

Write Python code in the <py-script> tags and view the code in your browser for results.

As you use PyScript, you might want to pass variables from your python program to your regular HTML code. PyScript provides a write method providing functionality for passing strings.

Using an id, you get to pass strings displayed as regular text.

pyscript.write accepts the id value and the variable to be given.

One of the main features of PyScript is that you can use Python files, modules, and libraries.

For modules and libraries in the Python standard library, you can import and use them in the <py-script> tags.

PyScript also supports a wide range of modules and libraries that are not part of the standard library.

You can use third-party packages by specifying them in the <py-env> tag and listing the names as shown below.

The code snippet above specifies you want to use the requests and beautifulsoup libraries, after which you import them in the <py-script> tag.

Ensure that you do not use the <py-env> tag in the body of your HTML; use above the <body> tag.

If you have a Python file or module in that you want to use in your HTML, you can import it by specifying the path as thus.

Paths are relative to the HTML location and You can now import functions and methods and use them in the HTML using the <py-script> tags.

PyScript also provides functionality for running Python code REPL in browsers. To run a Python REPL on your browser, you use the <py-repl> tag.

This creates a REPL text area in your browser in which you can type and run Python code whose output is displayed in the browser. 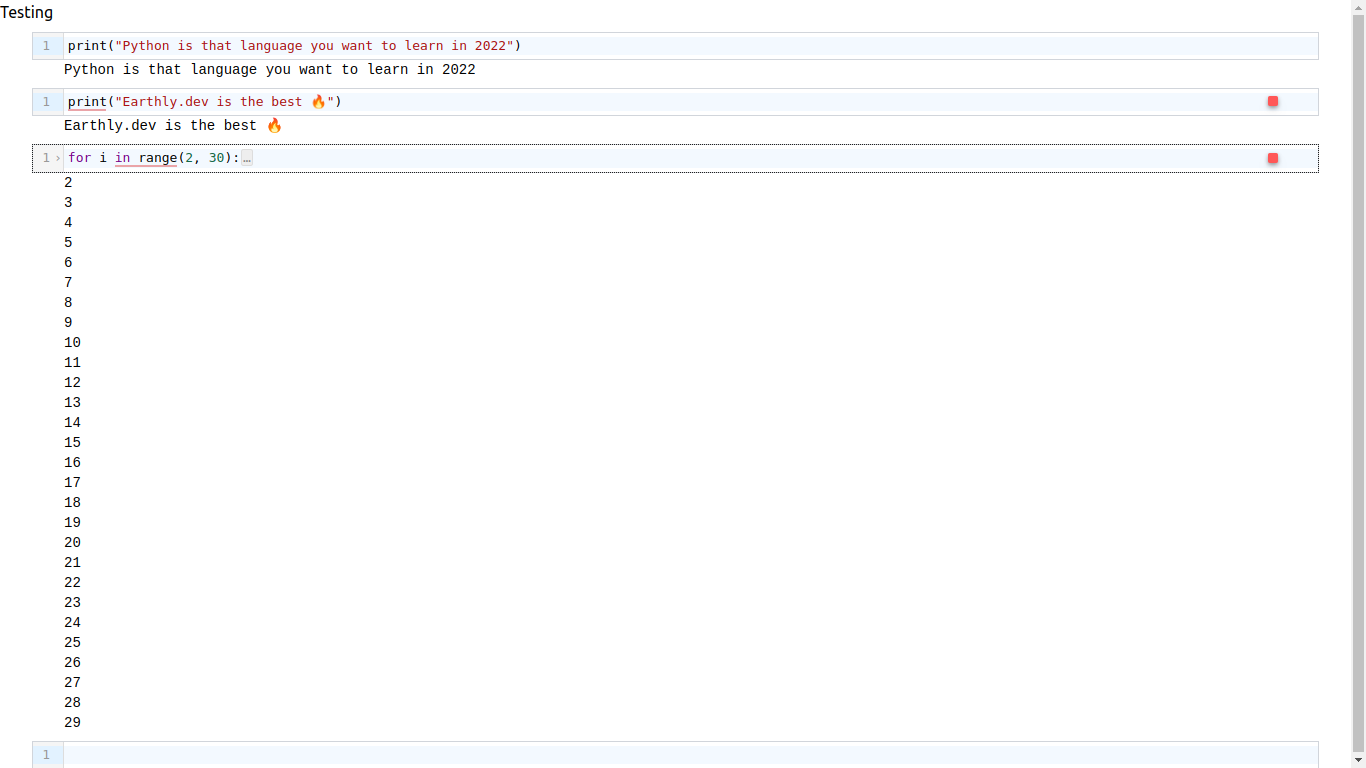 The most powerful use of PyScript comes is the ease of image and data visualization in the browser using raw Python. Data analysts can now visualize data plotted with libraries like Seaborn and Matplotlib, unlike in the past when the image had to be saved locally to be displayed.

Let’s see how a Matplotlib plot in PyScript can be used to visualize data and images in the browser easily. 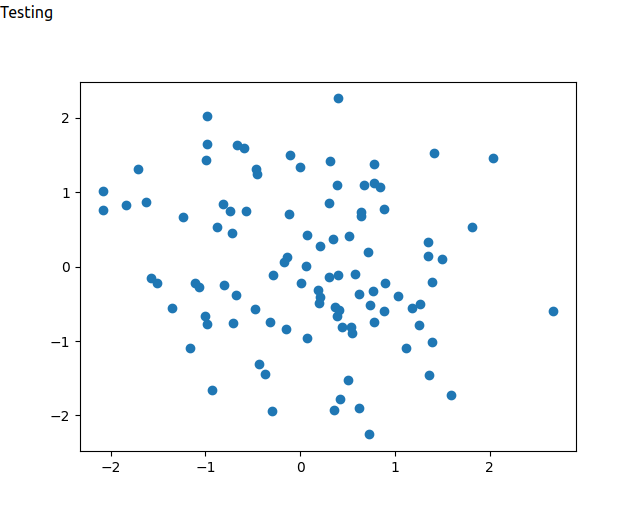 We started by importing the NumPy and Matplotlib libraries which are popularly used for scientific computing in Python; then, we assigned two variables x_coordinates and y_coordinates, to np.random.randn which created NumPy arrays of normally distributed numbers.

Pyodide is an open-source project developed by Mozilla using Web Assembly that allows Python developers to run Python in the browser.

Unlike PyScript, which abstracts developers from everything else and empowers pure python code in HTML, Pyodide is a port of CPython to WebAssembly that provides more functionality.

Some features of Pyodide include:

So, as you can see, Pyscript is great to get started, but if you need to use C-based packages or have performance issues, you may want to take a look at Pyodide.

PyScript was built using Pyodide, Web assembly, and Emscripten allowing PyScript to inherit important features from Pyodide while simplifying functionality to run Python in the browser.

Learn more about PyScript and Pyodide from these resources.

In this tutorial, you learned how to use PyScript to run Python code in HTML, and how to implement various PyScript functionalities such as using external packages, running Python REPLs, and visualizing images generated in Python code in a browser.

Before PyScript, it wasn’t this easy to run Python REPL in the browser, run Python scripts in HTML, or use the Python scientific stack(Numpy, Pandas, MatPlotLib, Seaborn, e.t.c) on the client side.

PyScript could become an important tool in your toolset. it’s still very new, in its alpha stage ( so don’t use it for production yet) but it looks very promising.

Goodness is a technical writer and backend developer(Go) simplifying various technology topics as he explores this fascinating field.

You may also enjoy
Using Autotools to Configure, Make, and Install a Program
6 minute read

Autotools is one of the most widely adopted code packaging and shipping tools available to developers on Linux. While there are alternatives, such as CMake,...

An Introduction to JQ
18 minute read

Background: Fingers, Head, and Google Whenever I reach a stopping point in my work, I use a bash alias called gwip1 to create a ‘work in progress’ commi...