Tell me if this sounds familiar? You were introduced to docker-compose either by choice or by force. You’ve been using it for a while, but you find it clunky. I’m here to tell you, you are probably using it wrong.

Ok, that might be an exaggeration. I don’t think there’s actually a 100% right or wrong way to use it: home-grown build and dev setups tend to have all kinds of weird requirements and so the standard doesn’t always match the needs. Please take the article with the appropriate skepticism if your situation doesn’t quite fit.

I, myself, have been guilty of each of these in the past and I might be in the future as well!!

In any case, here is a rundown of some of the cardinal sins that I found myself making while using docker-compose.

In this article, I’ll be focusing on use-cases related to integration testing and using docker-compose as a development environment. For production use, I think docker-compose is usually ill-suited.

One of the first things new-comers find cumbersome is the use of Docker networks. It’s yet another layer of knowledge to add to your repertoire after you get used to the basics of docker build and docker run … and frankly, why do you even need to understand these Docker networks? Everything works fine via the host network, right? Wrong!

By default, docker-compose spins up its containers on a separate network called <project-name>_default (where <project-name> is by default the name of the directory). So really, you don’t need to do anything special in order to take advantage of Docker networks.

This network gives you a number of benefits right off the bat:

I’ve seen it everywhere, you’ve seen it everywhere, everybody saw it everywhere: binding ports as 8080:8080. At first glance, this looks innocuous. But the devil is in the details. This extremely common port bind is not just forwarding a container port to the localhost - it forwards it to be accessible on every network interface on your system - including whatever you use to connect to the internet.

This means that it’s very likely that your development containers are constantly listening on your WLAN - when you’re home, when you’re in the office, or when you’re at McDonald’s. It’s always accessible. This can be dangerous. Don’t do that.

“But Vlad, I use ufw , my ports aren’t accessible by default”.

That may be true - but if you use this docker-compose setup as a team, one of your teammates might not have a firewall on their laptop.

The main reason this is such a complicated issue is that there is no support from Docker or Docker Compose to address this. Version 2.1 of the docker-compose format used to have a depends_on option called condition which could be set to service_healthy. And also, each service could have a healthcheck command which could tell docker-compose what “healthy” means. Well, this is no longer available in Version 3.0 and no replacement is offered for it.

Docker’s docs basically recommend that your service is made resilient to other services not being around for a while because that’s what might happen in production anyway, if there’s a short network bleep, or if a service restarts. Can’t argue with that logic.

Where it gets a bit more cumbersome is when you run an integration test and the routines meant for initializing the test environment (eg pre-populating the database with some test data) end up not being resilient to starting before the other service is ready. So the argument about “it should be resilient in production anyway” doesn’t quite apply here, because the code to populate the DB with test data is never used in production.

For such cases, you need something that waits for services to be ready. Docker recommends using wait-for-it, Dockerize or wait-for. Note, however, that a port being ready isn’t always a sign that the service is ready to be used. For example, in an integration test using a certain SQL DB with a certain schema, the port becomes available when the DB is initialized, however, the test might only work after a certain schema migration has been applied. You may need application-specific checks on top.

Problem #4: You’re running the DB in docker-compose, but the test on the host

Here is a situation: you want to run some unit tests but those tests depend on some external services. Maybe a database, maybe a Redis, maybe another API. Easy: let’s put those dependencies in a docker-compose and have the unit test connect to those.

That’s great - but note that your tests aren’t exactly just unit tests anymore. They are now integration tests. Besides the nomenclature, there is an important distinction to take into account now: you’ll need to account for a setup of the test environment and a teardown. Usually, it’s best for the setup/teardown to be performed outside of the test code - main reason being that there may be multiple distinct packages depending on these external services. But YMMV.

If you do end up separating test setup and teardown, you could go the extra mile and containerize your integration test. Hear me out!

Ok, ok - calling this out as being wrong isn’t entirely fair. There are many situations where not containerizing is preferable. As a simple example, many languages have deep IDE integrations which make inserting a container between the language and the IDE pretty much impossible. There are many valid productivity reasons not to do this.

Docker Compose can be an amazing tool for local development purposes. Although it has a few gotchas, it usually brings a lot of productivity benefits to many engineering teams, especially when used in conjunction with integration tests.

If you’re looking for more flexibility in defining containerized tests than docker-compose alone can provide, take a look at integration test support in Earthly. 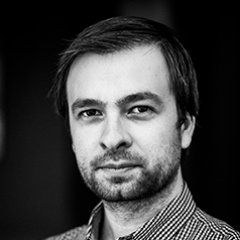 You may also enjoy

There’s nothing more frustrating than a sluggish continuous integration system. It slows down feedback loops and prevents code from reaching production quic...

Bash scripts give you the ability to turn a tedious series of commands into an easily runnable and repeatable script. With many real-world use cases, like u...